We are a fully licensed and insured general contracting firm operating three separate divisions across Eastern North Carolina, the United States Virgin Islands and Louisiana. Over the last two decades our president and founder, Stan Belvin, has methodically built a reputation as an industry professional who demonstrates superior technical knowledge, administrative and leadership excellence, and customer service that rivals traditionally accepted standards.

The company’s expansion from a dominant framing and siding contracting firm to a multi-state licensed general contracting firm is a story spanning two decades. Our journey began in construction on the Outer Banks in the late 1990s. Working as a framing and siding contractor over the next eight years on the Outer Banks, under the name of Surf Siding Construction, Stan learned the guts of the business. Then, in 2007 he accepted a job as building inspector for the Town of Kill Devil Hills. During the five years that followed, he earned the highest level of certification in all four trades: building, plumbing, mechanical, and electrical. These certifications allow Stan to work directly with subcontractors in a way that most builders can’t.

In 2011, Stan combined the knowledge, skills and experience he and his staff had learned over the years into a licensed home inspection, consulting and project management outfit, doing business as Safe Harbour Home Services. From 2014 to 2018, they took the show on the road and spent the next five years working across the United States, mostly in the Colorado Rockies, with Stan continuing to serve as a consultant for commercial construction projects and an award-winning national project manager for a major restoration contractor, and as a general contractor. He has completed projects in Oakland, CA, Las Vegas, NV, Denver, CO, Omaha, NE, Houston, TX, Panama City, FL, and in the USVI. See the commercial page to learn more about the types of projects that we participated in during those years.

Stan developed expertise in storm mitigation projects when he worked in the Virgin Islands, Louisiana, California and Florida to help after major storms hit there from 2017-2020. He now has the knowledge and experience that’s necessary to work closely with city officials, lawyers, governmental agencies, insurance companies and the homeowners themselves to get projects completed efficiently and competently.

General Contractor in North Carolina and Beyond

By 2019, The Rosewell Group was ready to take the final step in the world of construction and license ourselves as a bona fide general contractor. Stan took the rigorous NASCLA exam that qualifies the firm to be licensed in more than a dozen states across the country. We now operate full time in the U.S. Virgin Islands, North Carolina and Louisiana. Our office is centrally located in lower Currituck County.

Our story will continue to evolve as the industry evolves. As a respected contactor in North Carolina, we currently offer the following services: custom residential home builders, maintenance and property management professionals and commercial contractors. Our brands – Safe Harbour Home Services, Barrier Island Homes and the commercial contracting division, doing business under the umbrella Rosewell Group name – are ready to serve your project needs, and the staff is ready for you to experience demonstrated excellence in customer relations, quality control and superior technical knowledge. We believe in taking the initiative to understand our clients, the markets and the art and science of building. 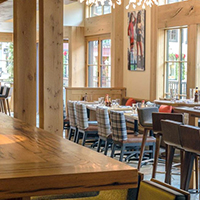 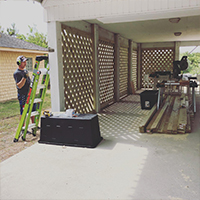